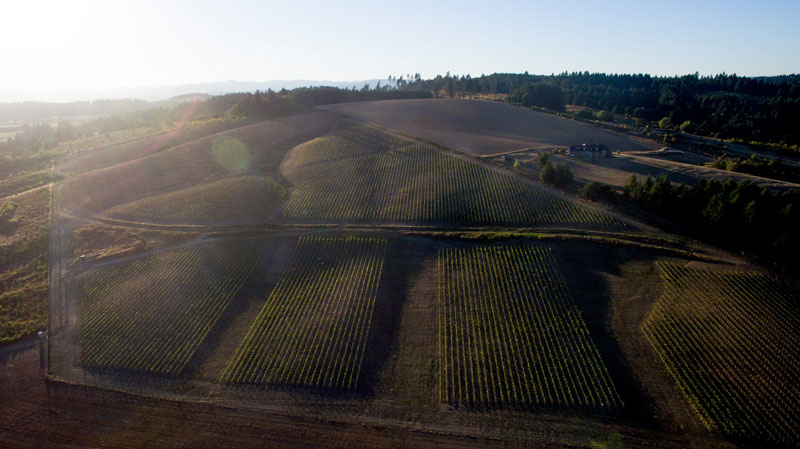 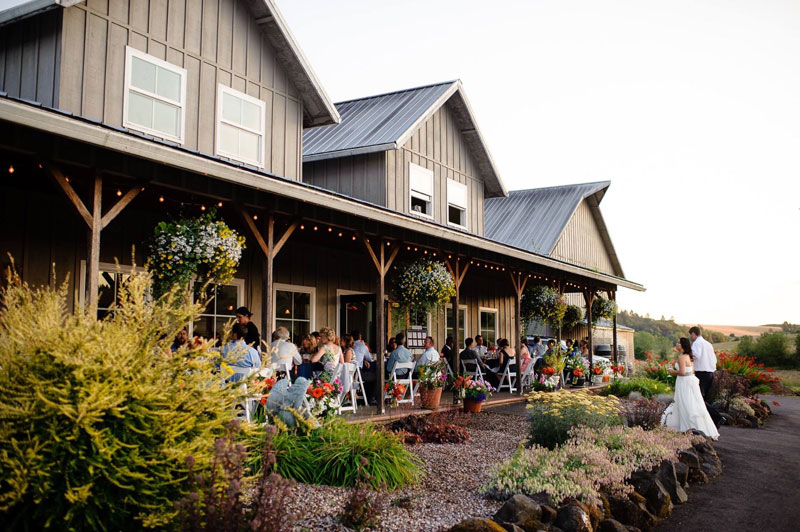 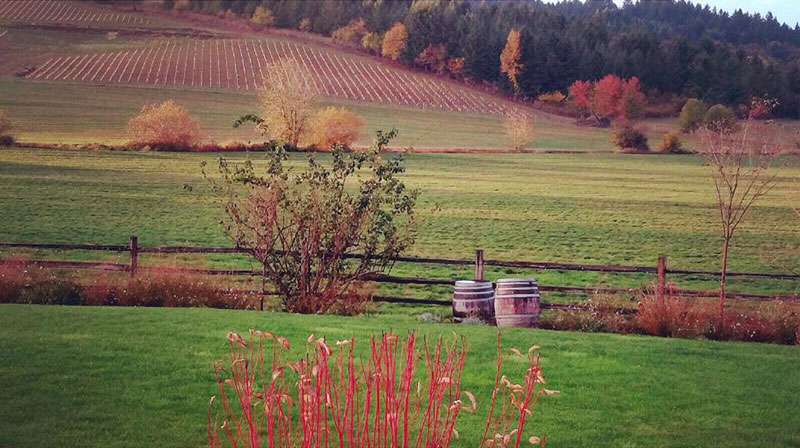 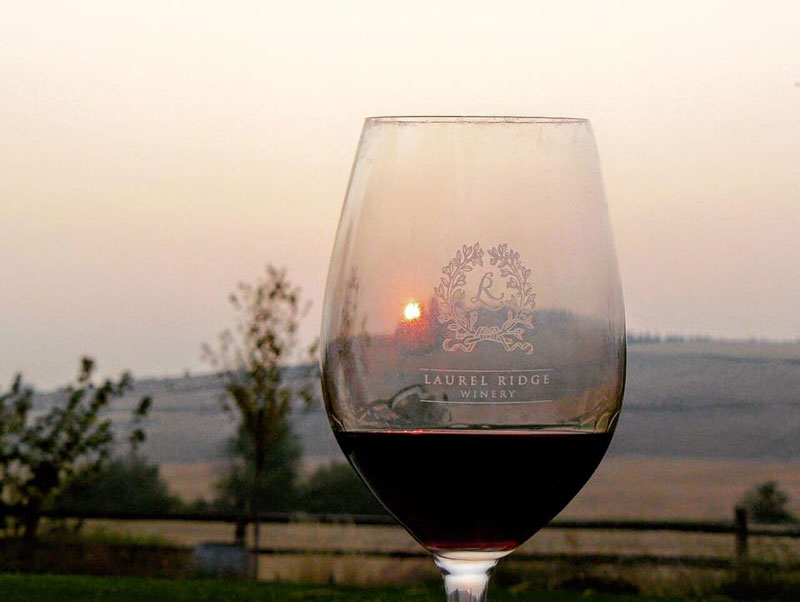 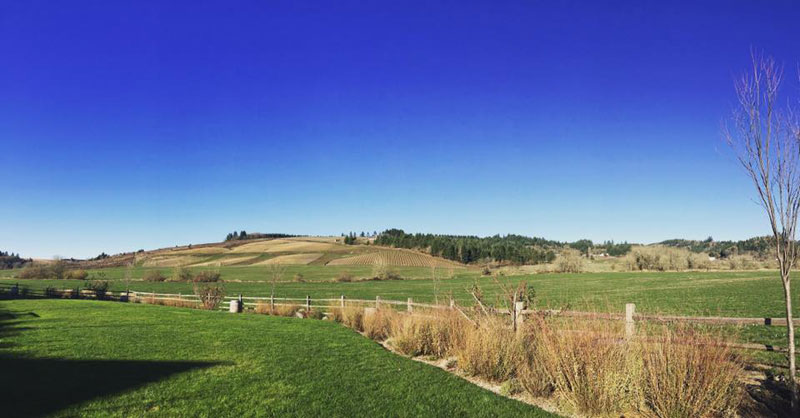 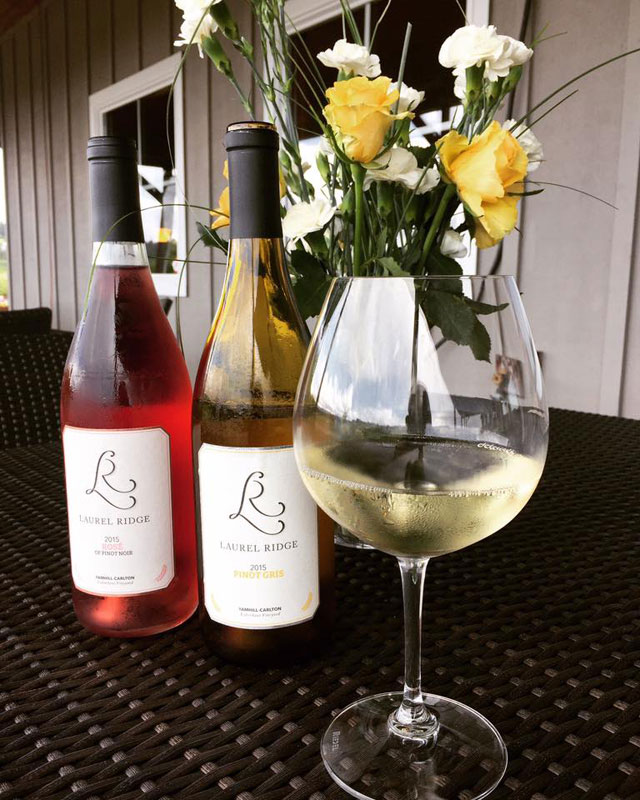 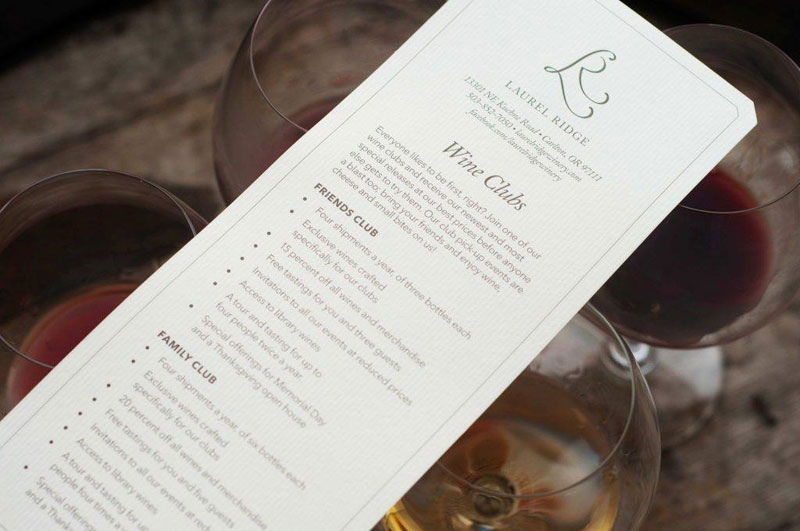 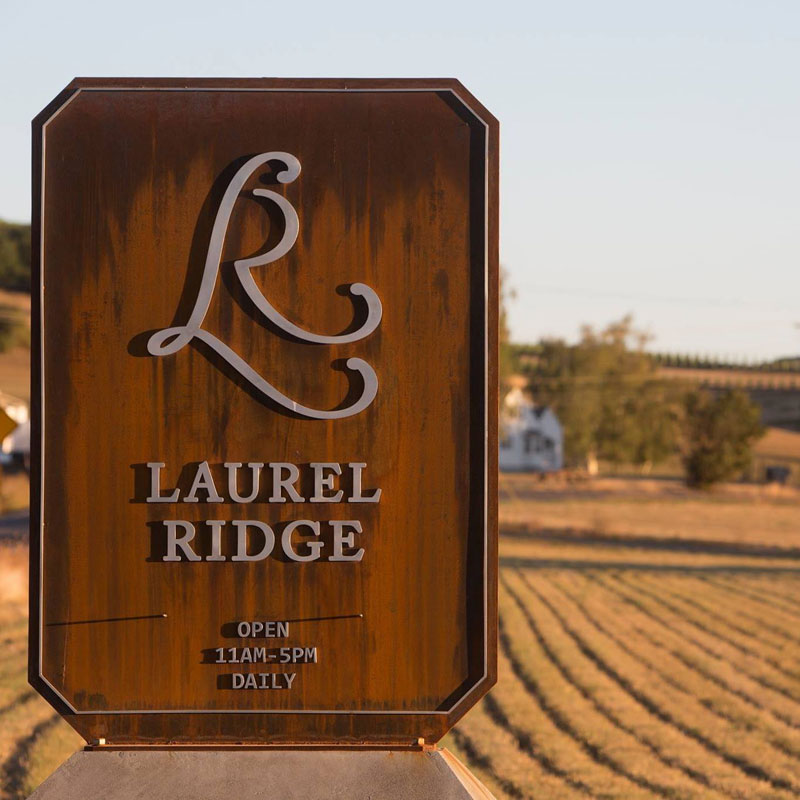 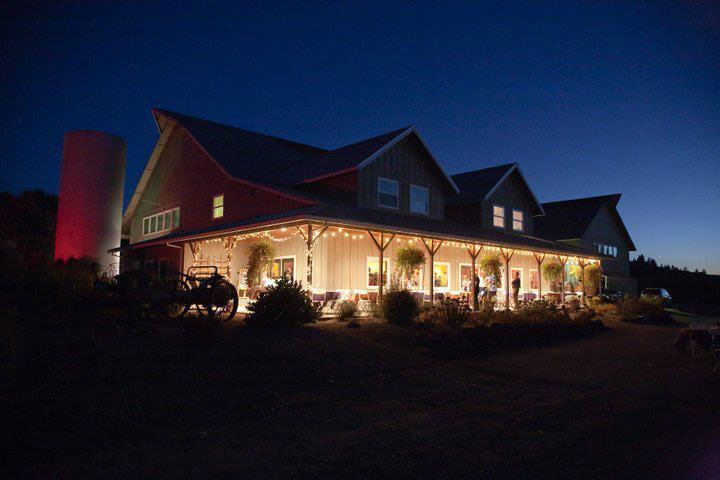 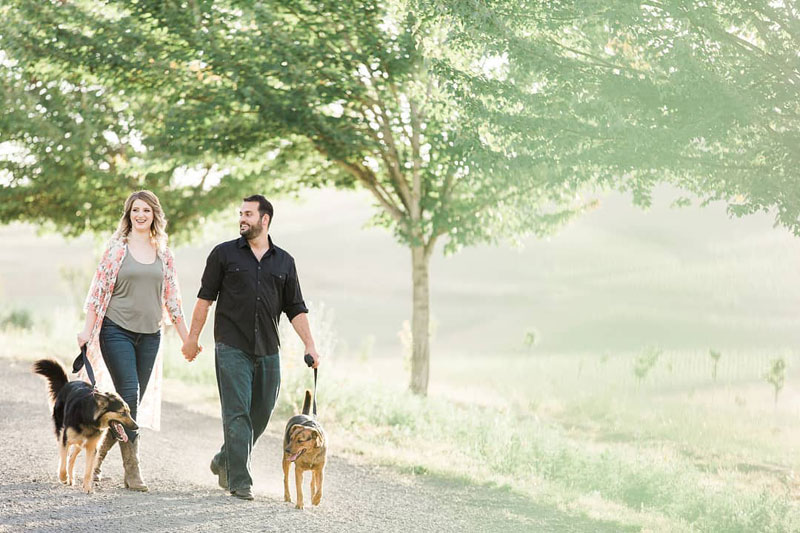 Be the first one to rate! Submit Review

In 1974, long before Oregon had its booming modern wine industry, Laurel Ridge Winery founder David Teppola purchased a 240-acre farm just east of Carlton, Oregon. With its perfect southern exposure, it looked like an excellent future vineyard site. As luck would have it, the farm was in the heart of what is now one of Oregon’s premier wine-growing regions.

Laurel Ridge is situated on a 240-acre estate vineyard, in the Yamhill-Carlton sub-appellation of the Willamette Valley AVA. The estate was fondly named Finn Hill when it was purchased by Laurel Ridge founder David Teppola in 1974, a nod to his Finnish heritage.

As a young man, having grown in the city of Portland, David often fantasized about a simpler more idyllic life that he observed vacationing in the agricultural Oregon countryside. He longed to study agricultural science in college, at the stern disproval of his parents, so he settled for a minor in chemistry and major in Philosophy. It wasn’t until David studied abroad in Europe during his junior year of college that his dreams of farming began to form more practically. He became fascinated with French wine and viticulture, and the distinct profiles of the wines from the various growing regions, but most importantly, the lifestyle and culture that accompanied wine. He admired the gracious and genteel way that people dined and entertained and the elegance that wine brought to each meal. He grew particularly fond of Pinot Noir, the wine of Kings, and spent much of his free time exploring the Grand Cru vineyards of Burgundy. David spent much of the next decade learning as much as possible viticulture, winemaking and drinking lots and lots of french wine.

Simultaneously, in the late 1960s and early 1970s Oregon saw the first wine pioneers making their way to the Willamette Valley from California recognizing that the valley climate and hillside slopes had the potential to grow outstanding cool-climate varietals like Pinot Noir. Among these investors was Charles Coury, who famously (and illegally) imported grape vine cuttings from France to plant his vineyard in Oregon. These “suitcase clones” or the “Coury Clones,” making their way to Oregon marks an important moment in the history of the rebirth of the Oregon wine industry. As luck would have it, David, pursuing his passion for wine, met Charles and his wine journey truly began.

Charles and David became partners, producing several vintages together during the 1970s while David searched tirelessly for a perfect site on which he could plant his own vineyard. After years of searching all over the Willamette Valley, David found a potential vineyard site just outside the small town of Carlton, Oregon. At the time his colleagues were snapping up land in the area replete in a volcanic soils like Jory and Nekia while David was more interested in sedimentary soils like Willakenzie Loam. At the time Willakenzie was believed to be nutrient-poor and only suitable for native plants like Douglas fir, grand fir, and blackberries, not for grapes. David believed the nutrient poor, sandy loam would do exactly the opposite of what his colleagues believed, that it would drive the vines deeper into the soil, forcing them to produce richer, more complex and nuanced wines- perfect for growing Pinot Noir. Against the better advice of his colleagues, David followed his instincts, purchased the farm in 1974 and began planting his first vineyard just a few years later.

Shortly after purchasing Finn Hill, David met and married his wife, Susan, in 1981. Susan was captivated by David’s vision and passion for the vineyard and wine. In the early years, before the first harvest, the couple hand watered vines, trellised and pruned together to establish their 50 acre vineyard. They knew the vineyard would be in full production by the growing season of 1986 so as a joint venture they decided to take the leap from grape growers to wine makers. They incorporated Laurel Ridge Winery that July, and by September they were harvesting and producing their first vintage and coincidentally their oldest daughter, Kira was born that same month.

David’s passion for French wine and wine making techniques found a wonderful home inside the winery as his first vintage included Pinot Noir, and méthode champenoise sparkling wine. He had many notable vintages in his first two decades, and in this time the rebirth of the Oregon wine industry took hold. By 2006, David’s convictions about his Willakenzie Loam vineyard site were borne out. The Yamhill-Carlton AVA was approved as a sub-appellation of the Willamette Valley AVA and the wines from it began to distinguish Willakenzie Loam as a soil that consistently produces premier, award-winning, and distinct Pinot Noir.

It is David’s conviction that continues to drive the Laurel Ridge philosophy to this day. His farm first mentality held that fine wines are made in the vineyard and finished in the winery. The Teppola family sadly lost David in 2006 to a difficult battle with cancer, but to this day the family is driven by his commitment to farming, vision and passion for making wines of distinction. Laurel Ridge is currently operated by David’s wife Susan, with their two daughters, Kira and Maija who are poised to carry the winery to the second generation of ownership.

Harvest Hosts is a membership program that provides access to a network of wineries, farms, breweries, museums and other unique attractions that invite self-contained RVers to visit and stay overnight. For a yearly membership fee, Harvest Hosts’ members are invited to stay at hundreds of interesting locations around North America, and experience new opportunities to explore and enjoy the RVing lifestyle. The company’s goal is to provide meaningful experiences for RVers and Hosts alike. See www.HarvestHosts.com or watch the Harvest Host Video by clicking here!

Rate us and Write a Review

Show all timings
Get Directions
Own or work here? Claim Now! Claim Now!